Why Smart People Do Dumb Things

On March 2, 1962 Wilt Chamberlain set the single-game scoring record in the NBA (to date) when he scored 100 points for the Philadelphia Warriors in their win over the New York Knicks. The most impressive stat was his 28 out of 32 free throws, another record that nobody (including Lebron, Jordan…) has even come close to matching.

The most surprising thing about this is that Chamberlain was the best at everything but at his worst from the free throw line. That season, though, he started shooting underhanded, after receiving advice from Rick Barry, one of the best free throw shooters of all time, who–guess what– happened to shoot the ball underhanded. But to everyone’s surprise, one season later Chamberlain stopped shooting underhand and went back to being a terrible free throw shooter.

Why would someone stop when all the stats showed he was getting much better results? Why do we make wrong decisions even when we know they won’t be good for us? Many years later, Wilt Chamberlain would admit that he did it because he felt like a “sissy” shooting the ball underhanded, since no one else was doing it.

This story was featured in Malcolm Gladwell’s show Revisionist History, where he analyzes the study “Threshold models of collective behavior”, led by sociologist Mark Granovetter. 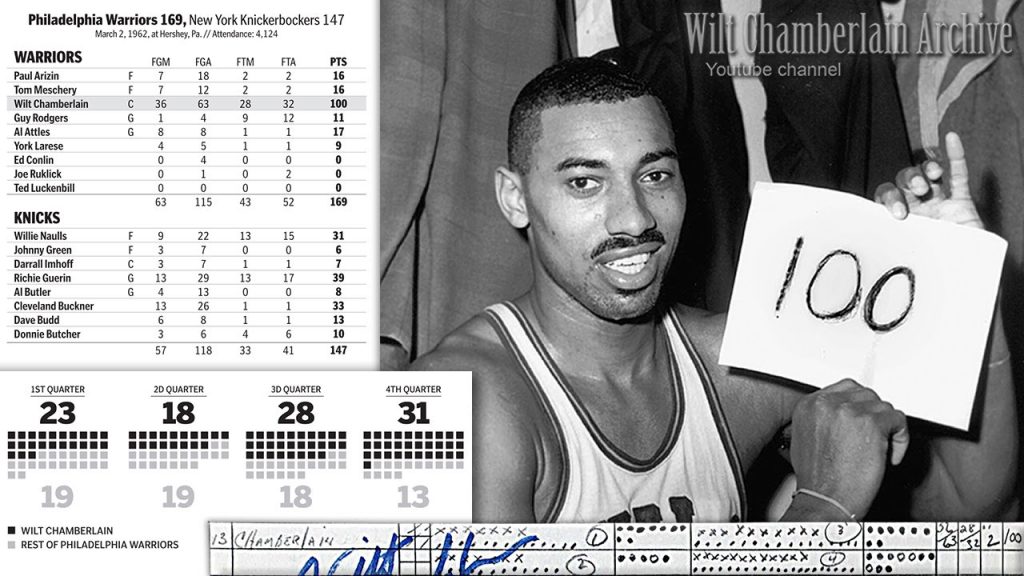 According to Granovetter, the issue is not that people have beliefs and they lose them when they are in a mob. It’s about what he calls “threshold”: the number or proportion of others who must make one decision before a given actor does so; the point where net benefits begin to exceed net costs for that particular actor.”

The study showed that there are two types of people: those with a high threshold (they need a lot of people to do something before they venture to do it) and those with a low threshold, who undertake actions without needing to see (many) others do it before.

The problem here is that high threshold individuals risk missing out on lots of opportunities.

Another key factor is that everyone’s threshold is different. Each of us need a different number of people to act before we do so. We all have the same data, yet some of us undertake actions and some of us don’t, or do it much later.

Think about your grandmother: imagine there are four people on a bridge and they all start throwing rocks at the cars below. How many people would your grandma need to see before she throws a rock? A lot, right? She has a high threshold.

Now, imagine your family wants to go on vacation to China. Your grandma will probably need a lot of relatives to confirm they are going before she says yes, right?

The biggest challenge is not that people have positive or negative inner behaviors, but that there are social contexts where high threshold individuals need help to make change happen. It teaches us that thresholds keep people from doing the things that will help them succeed.

“When I suggested Shaquille O’Neal to try shooting underhand he said: ‘I’m a hip hop kind of guy and it would ruin my image. I’d rather shoot zero than shoot underhanded.’ What?? The bottom line of it is that you have to have enough personal pride to want to be the best you can be in whatever it is that you do in life,” said Rick Barry.

Therefore, data without further actions is meaningless. Chamberlain had all the information and incentives to throw underhanded. However, he decided not to take action.

How can we move to action if our threshold is high? Where can we find the motivation to do something?

1) Leaders should facilitate this process

Following Chamberlain’s example, had the coaching staff focused on coaching more of Wilt’s teammates to also shoot the ball underhanded, he wouldn’t have felt lonely every incentive in the world to keep shooting underhanded and he did not. These social thresholds affect us every day in all levels of our lives (not enrolling in the course we want, not launching our dream project…all because we feel we are going against the current.

2) If we take action, we’ll never end up alone

The best way to pursue our goals is to encourage others to follow every time we see an opportunity or action for improvement.

In this story, Rick Barry’s –of low threshold- was that lone nut, but became the best free throw shooter despite people’s comments on his “granny” style and finally he received admiration from the rest of players and was inducted into the NBA Hall of Fame.

Who followed Barry’s shooting style? There are two current players who are throwing underhand: Chinanu Onuaku and a young player named Canyon Barry…yes, Rick Barry’s son (definitely a good piece of news for all the parents out there).

What social price are you willing to pay to get better in order to grow?