What does our Internet browser have to do with proactiveness?

Michael Housman was leading a project to identify why some customer service agents stayed in their jobs longer than others. He surprisingly discovered that those with a history of job-hopping weren’t actually any more likely to leave their jobs than those who had stayed in the same job for years. However, there was one thing that changed: among all the information that he gathered, he noticed that there was a vast difference in the browser preference: employees who used Firefox or Chrome remained in their jobs 15% longer than those who used Internet Explorer or Safari. And, more importantly, Firefox and Chrome users were 19% less likely to miss work than their Explorer and Safari counterparts. And guess what, they also had much higher sales.

As you can imagine, it’s not the browser that makes a difference; it’s what their browser preference shows about their habits that’s important. The difference was in how they obtained the browser. Internet Explorer comes by default with a PC and Safari comes by default with a Mac. Therefore, to get Firefox or Chrome you have to demonstrate some resourcefulness and download a different browser. “Instead of accepting the default, you need to take some initiative to find an option that could be better. And this act of initiative, however tiny, is a window into what you do at work.”

This story was featured in Adam Grant’s Originals, a book that helps us understand the traits of those non-conformists that are standing up for new ideas and successfully leading change. Those entrepreneurs and intrapreneurs (employees that create change inside their organizations) that question status quo and take the initiative to improve the circumstances, creating value for themselves and for society even going against their own fears of failure. 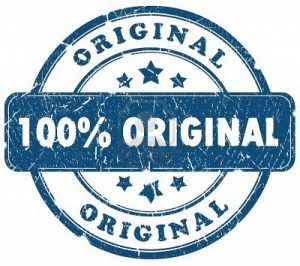 This fear of failure was shown by many great businesspeople like Steve Wozniak, who refused to leave Hewlett-Packard to co-found Apple and only changed his mind after being encouraged by Steve Jobs, many of his friends and his own parents. Or by Nike’s founder Phil Knight, who kept his previous job while developing Nike until it showed enough growth to make his move. Because being an entrepreneur is scary, for everyone. And research shows that entrepreneurs don’t like risk any more than anyone else, it is just that the reward of creating something valuable is bigger than the fear of never doing it.

I always say that entrepreneurship is an attitude towards life.

It is not about creating our own companies (not everyone has to, as opposed to what we see in the media everyday), it is about doing something with those ideas that we all have, those ideas that improve our workplaces, communities, schools. Being an entrepreneur is being generous enough to provoke positive change. It is wanting to leave this world better than you found it.

As entrepreneurship theorist Joseph Schumpeter used to say, “originality is an act of creative destruction”. Defending new ways of doing things requires breaking the old way of doing things. In other words, we need to unlearn in order to learn. And this requires fighting against the laziness of the brain, removing some stones from our backpack called experience and embracing the fear that will appear somewhere along the way.

Here are some of my favorite insights from the book:

“The unknown is more terrifying than the negative”

“Originality is not a fixed trait. It is a free choice”