I’ve always admired people who live life to the fullest and Eduard Punset is a very good example.

He was a Spanish lawyer, writer, economist, politician (he was elected Minister of Foreign Affairs in the early 80s), and half through his life, he reinvented himself again and discovered his passion for Science. He became really popular thanks to his TV show “Redes” (nets), which featured some of the most brilliant minds in the world, and brought Science closer to the public. A show that would last 17 years…

From the many quotes that Punset left us, here are my six favorite ones, and I hope you find them as inspiring as I do:

“Without emotion there is no project”

The fundamental element of motivation is the emotion that helps us propel toward the future. When we live a project with emotion, we have a competitive advantage, even before beginning the project.

Don’t forget that nothing lasts forever….

“There is life before death”

With his peculiar humor, he encouraged us to take advantage of every moment in life, as he did himself: keeping a young spirit and always ready to learn something new.

“In theory, we are the rational being by excellence and, however, we are the most emotional species”

We human beings have a prodigious brain and emotions play a key role in helping us achieve our goals.

“If life was eternal, we wouldn’t put the same intensity in it”

What’s true is that our life expectancy increases every year. Now that we have given more years to our lives, it’s time to fill those years with life.

One of the few times in history where a phrase became a fashion symbol (from Kukuxumusu brand), whose profits were used for the promotion of Science.

This illustration summarizes all six (excuse my drawing ;). Feel free to download it and to share the article if you liked it.

Have a wonderful week, 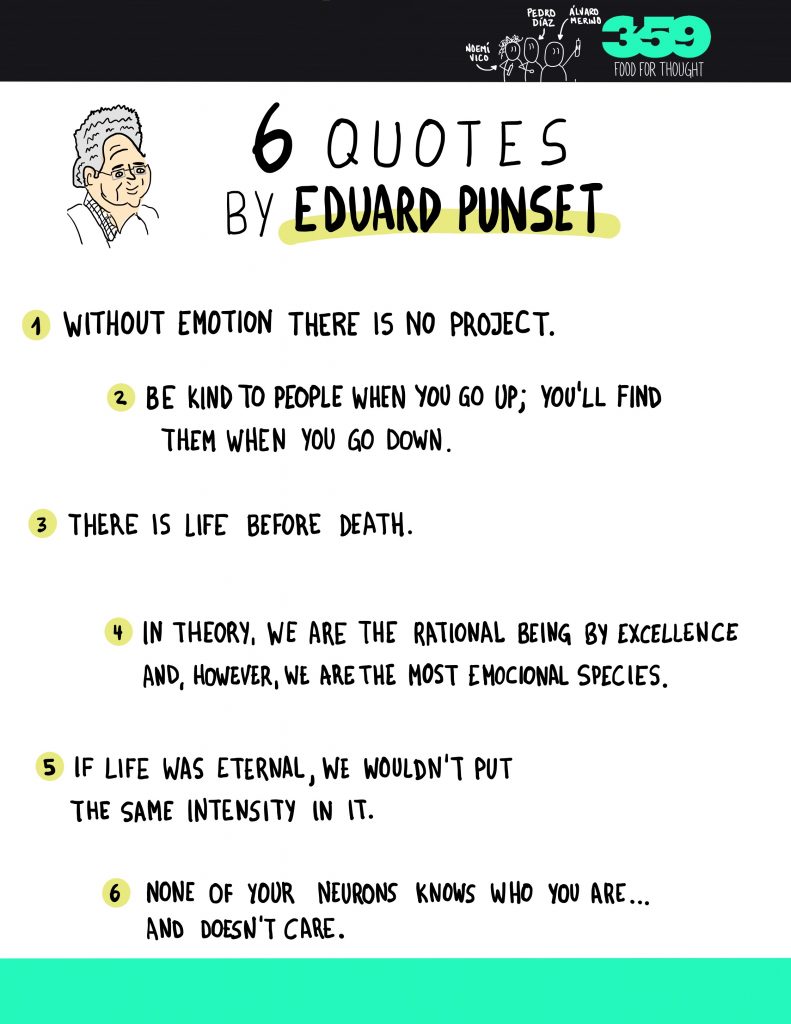